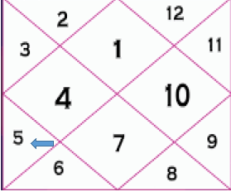 Nowadays the relationship of love is very fragile and unstable ,  the relationship ends easily on a little thing when it can end in a few days, months or years, it all depends on the current dasha order and the person’s  moon position along with  other combinations related to  the 5th house.

One person moves out of a relationship very  easily, while the other is not ready it  due to emotional attachment,  so the question arises in one mind whether he/she will come back or not.

“Pain through loved one shown by running dasha”.

Why doesn’t my love or proposal materialize

Although many things we judge through the fifth house, but here we choose just one love and romance , hence the conjunction of the 5th lord with the Ascendant and the dignity of Venus and the ongoing dasha if they make all the combinations weak, so it’s not materialised. 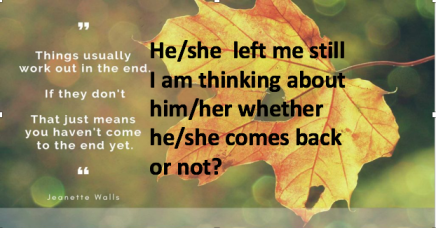 Female mind: still in hope of stable relationship if  someone fulfils all her wishes, loves her…. Moon energy is more active in a woman’s body because the Moon is emotional and  watery planet.

Most of the sex fantasies are in men’s mind though women’s mind it also present but mostly in different perspective .Men want to win or possess a women in a relationship  but still need someone in the house to take care of family  and kids.

Both want something from each other and the role of Rahu starts here.  Illusions, lies, disguise, mostly unintentionally but this becomes the reason for gradually decreasing the attraction towards each other and then  blaming starts.The longing for the other person has started.

Married but still looking for others

It does not matter if 7th and 5th house dasha is going on and love and relationship will come easily, one should be associated with the lord of the lagna as it is the body and mind which has to experience different scenarios of life.

1.I’m not looking for the other person but feeling an attraction for him/get her unable to get rid of that thought.

but this combination in Navamsa chart If not repeated, the relationship lasts for a while and ends soon.

2. Need some spice in life

The conjunction of Venus and Mars should be in any house of the horoscope, there may be a slight affiliction on the moon, Saturn, Mars, Rahu, there is aspects of any of the planets or there some affliction on the 9th house, such a person may have a good life partner. But still they want extra love relation in their life, their mind does not stay in any one person for long.

3. relationship only for sexual pleasureThe conjunction given in the above line is almost the same, only Moon and Venus suffer more, Jupiter should also be weak.

4. love and relationship not a cup of my tea

Sometimes it also happens that a person falls in love, but as soon as he/she comes into the relationship, arguments and fights start and in the end this relationship sometimes ends in a very bad way. Sometimes the pain of this relationship is for life and the person feels that we have made such a big mistake, why did we not even recognise it?

And sometimes the desire to connect with someone ends for long .

such cases, the sixth and eighth house’s dasha is going on, these or they are making a relation with them, the planetary dasha is not particularly favourable with the Moon, this house shows the past birth’s ‘Rinanubandhana’ (the baggage of past karma)that through this only suffering is experienced.

If the Moon sign of both partners are in inimical signs from each other and Venus is also afflicted in the chart it gives disharmony in a relationship is present right from the beginning.

When the Ascendant has an auspicious effect and the fifth house has a mixture of both positive and negative dashas and the ninth house, then someone  good person from past birth enters the person’s life, who changes himself/herself subtly.  In a positive sense, it does not mean that such a relationship lasts for a long time, rather it is a result of past good deeds.In this type of relationship, despite the distance, there is a sense of respect for each other because in this relationship a love with maturity nurtures the mind soul.